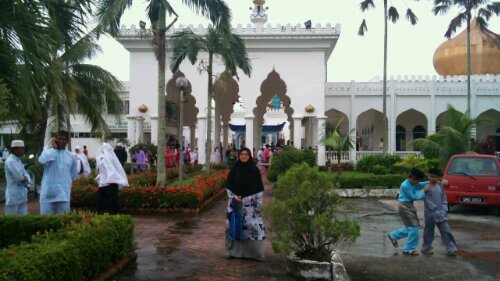 Idil Adha fell on Sunday 6/11/2011 in Miri, Sarawak, while neighboring friends in Brunei celebrated it a day after. The biggest masjid in Miri district, masjid attaqwa, became magnet to God-fearing muslims around Miri. Currently under renovation, it did not stop congregation from performing their duties. Ustaz Nassru delivered khutbah.