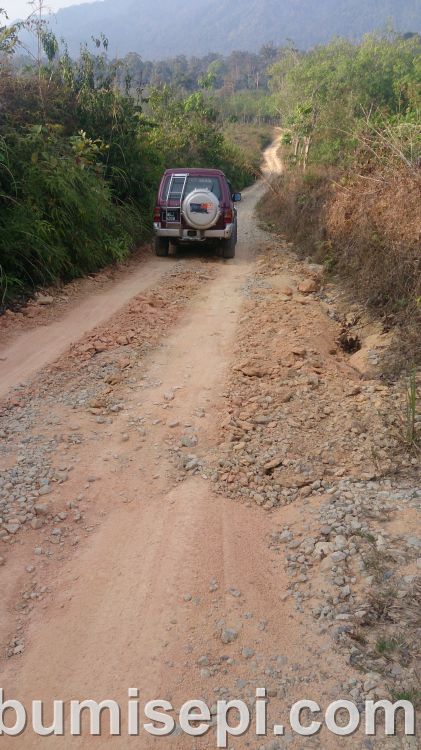 This project was in fact a jamboree organized by AMAL 4X4 Club in March 2014.  The venue is Hutan Lipur Jerangkang in Pahang. AMAL 4X4 is an NGO, active in reaching out to orang asli (natives people) and other hard-to-reach community doing charity work and dakwah (spreading message of Islam).  Our other missions are recreation and rescue. Visit AMAL 4X4  facebook for details what we are doing.

HOW TO GET TO THIS PLACE?

Jerangkang Waterfall aka Hutan Lipur Jerangkang can be reached from the KL-Kuantan road. If you drive along East Coast Highway aka LPT, you may exit at Sri Jaya into old KL-Kuantan road. Then take Kuantan-bound direction after the exit. About 30 km after passing Maran, turn left at a signboard ‘Hutan Lipur Jerangkang’. The road leads through rubber plantations and passes under the LPT.  For the most part of the stretch a 4WD is needed. The terrain is not meant for a city car. A standard 4×4 is good enough, during hot dry season.

If you don’t drive, you may take a public transport like bus. The bus will drop you at Kampung Gelugor, a ‘port’ before going into the jungle. There is a restaurant and a mosque next to it. Transport to the falls can be arranged from this port. Ask around at a restaurant next to the mosque. I was not type in this trip, so I dont know the fares.

Well, you cannot do things you do in the city here. It is back to basics. Suggested activities here.

1. Camping. Basic camping facilities are provided: toilet with water source from the fall via PVC pipes, campsite, huts. Set up own tent and cook basic meals. Camping is made easy these gas. To eat, just heat up pre-cooked canned foods on portable stoves, powered from butane gas. To sleep, just pop up the tent.  Leftovers must be kept properly because wild dogs stray at night in search for foods.

2. Trekking. You can track up to higher level falls. A local we met said there are 43 levels up there. I wish I could verify his claim but at the end just believed him. Words of caution — you must have basic knowledge before trekking in the jungle. What tp bring in the backpack and what to leave. Navigation skill is crucial.

3. Offroad activities. In case you drive 4×4 here, like myself, you could sharpen your offroad skill by maneuvering steep hills and stream crossing.

4. Or just take a dive into the natural swimming pool.  The waters so pure and cooling.

No mobile phone signal here. So you are cut off from the civilization for a couple of days. It is a bliss indeed — no calls from boss and colleagues.  But do not forget your camera. Nights in the jungle can get very cooler. Bring light jackets just in case. 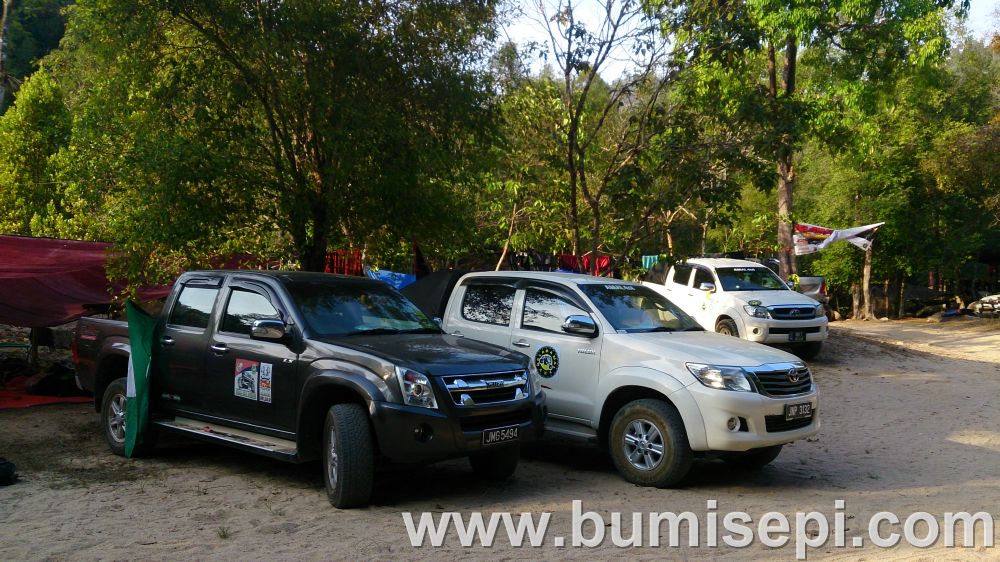 Some of the 4X4s participating 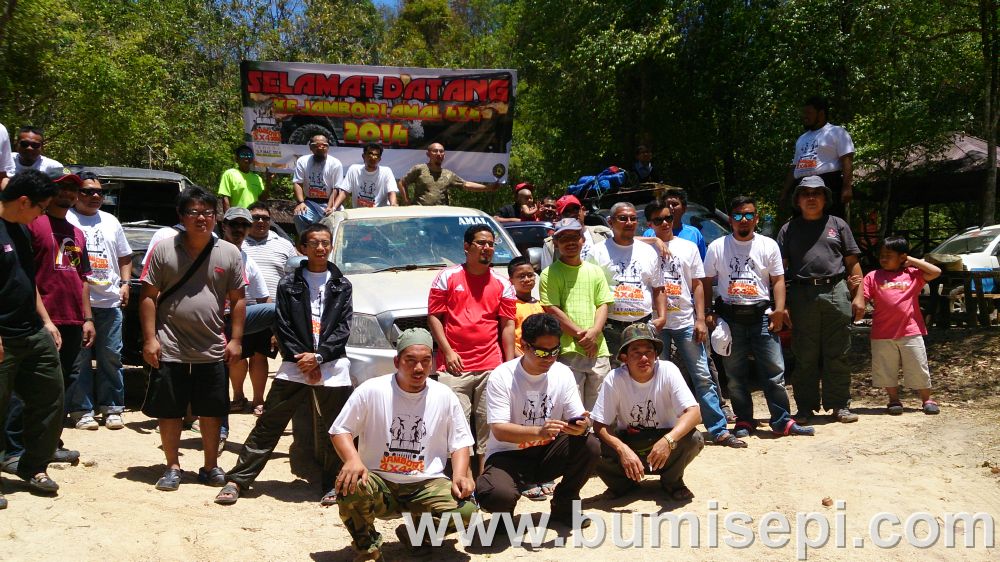 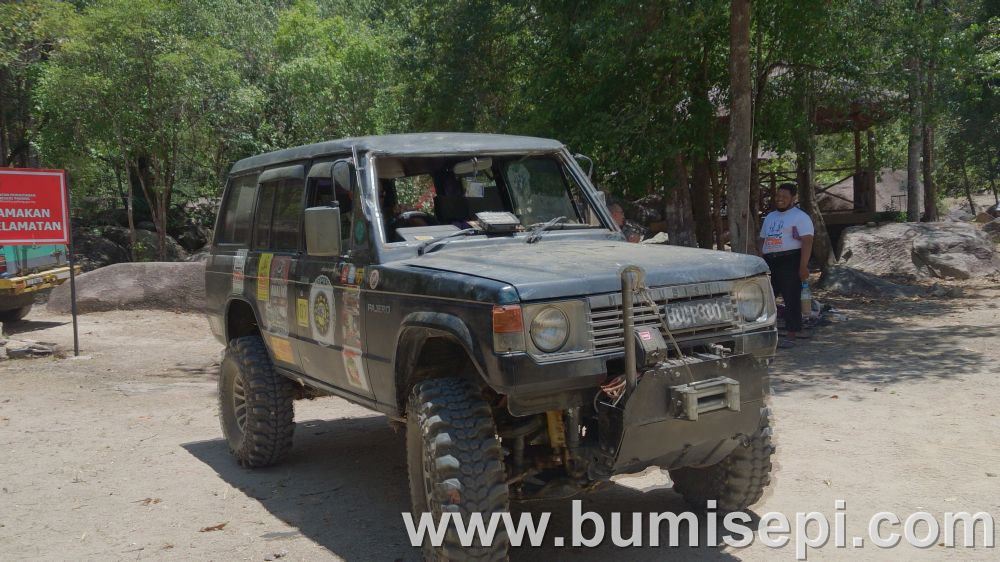 A doctor among us treated a Mak Cik orang asli The amal part of the trip — visiting orang asli in the Jerangkang area. with basic necessities and medical supply. Some of the machines taking part in the jamboree. Jabatan Hutan closes the track up to the higher falls, in view of so many unauthorized vehicles going up. Now you have to backpack all the way up to enjoy all the 43 falls. Camping site right in the middle of the nature. No call is more urgent than the call for muslims to pray. Muslims must pray 5 times a day wherever they are. A dive into one of the falls. Local said there are 43 such falls, the most beautiful one is at the top-most, unsurprisingly. Families can setup their tent here, under the tall trees. One of the activities called for each group to prepare best food from the live chickens provided, and no other tool or spices. An official camping site built by the relevant government agency. A toilet was provided with water source from the waterfall via PVC pipes. I saw some came with families with small kids. An underpass. LPT is up there. Non-moslem friends from Kuantan also joined us in this trip. Europe invaded by the immigrants!