This is opposition territory! 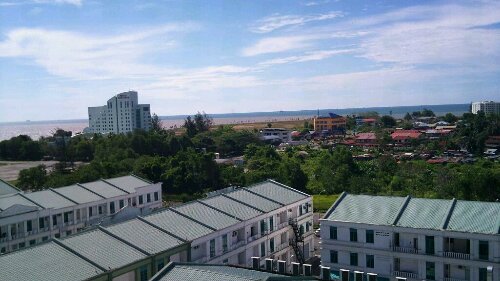 17 April 2011:
I flew into Bintulu, Sarawak on the MH2742 the only MH flight to bintulu from KLIA everyday. It was a day after Sarawak state election, which saw a return of BN government to rule this resource-rich state for another 5 year or so, maintaining two third of majority in the 10th state election. Tahniah to  CM for the victory. Rakyat made decision firm and loud.

“But not in Bintulu, my friend!”, quipped my taxi driver who drove me from BTU airport to the new world suite hotel at the town center, as I applauded the tactician CM.

“Here DAP candidate won even with bigger majority.” He continued with his analysis.

The taxi arrived at the hotel.